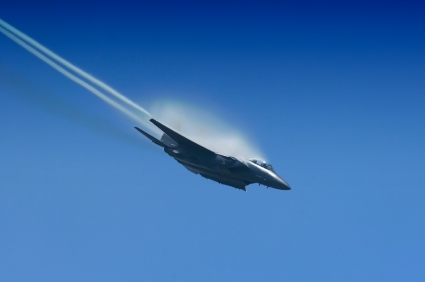 I am gonna to hit the brakes, he’ll fly right by me.

You’re gonna do what?

Attorneys feel compelled by their duty of competency to their clients to have eyes on every document that might be privileged. 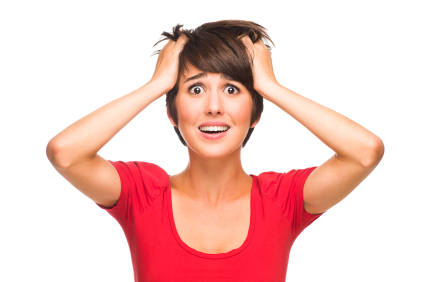 Given cases such as J-M Manufacturing it is easy to see why attorneys are concerned about privilege review in large document review cases.

If an associate attorney were to tell a partner she could rely on a clawback agreement and not conduct privilege review, it is a safe bet the partner would respond as Merlin did to Maverick in Top Gun.

The parties to their credit had negotiated over search terms to ease the burden on the Defendants (and ultimately themselves in what the Plaintiffs would have to review).

The Court made what some would consider a surprising statement: [A] clawback order can protect Defendants against a claim of waiver, such that Defendants need no longer bear the cost of reviewing the ESI for responsiveness and privilege. In re Coventry Healthcare, Inc., at *16. As such, the Defendants failed to show undue burden in producing electronically stored information. 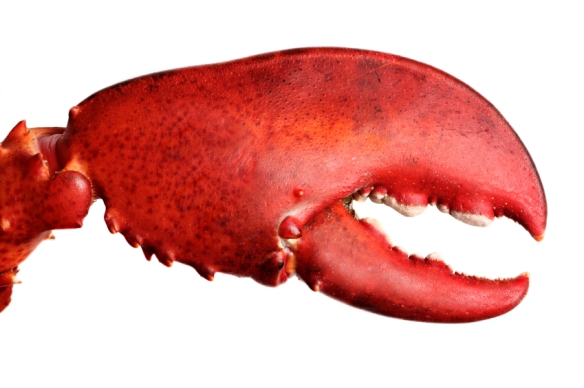 The Court’s ruling is not the first time such an order was given. As stated in footnote 6, former Magistrate Judge (now District Court Judge) Paul Grimm found that “the more practical approach is to avoid the necessity of an expensive and time-consuming privilege review by entry of a court order with a clawback provision that protects against a claim of waiver by production of a privileged document.” In re Coventry Healthcare, Inc., at 14-15, fn 6, citing Hopson v. Mayor & City Council of Baltimore, 232 F.R.D. 228 (D. Md. 2005).

The Court granted the Plaintiff’s motion to compel and invited the Defendants to confer with the Plaintiffs on a clawback order if they wanted one.

There are several thought leaders who have argued that the cost of privilege review can be eliminated with protective orders and clawback agreements. While having both is definitely a good idea, many attorneys feel terrified at not conducting some sort of privilege review.

One option to privilege review is to leverage technology-assisted review in identifying potentially privileged ESI. I would still always recommend a clawback agreement and potentially a protective order, depending on the subject matter of the ESI. However, TAR such as predictive coding could be used to identify potentially privileged material. Generally speaking, many attorneys have an idea what sort of communications or files will be protected by a privilege. Leveraging technology to identify attorney-client communications, intellectual property, or personal identifiable information can enable the data to be organized based on both privilege and responsiveness. This allows the attorneys to review data that is potentially privilege, if they are so inclined to have eyes on such ESI.

The ridiculously high number of irrelevant materials and the large volume of privileged communications produced demonstrate a lack of reasonableness.

Preparing electronic discovery takes careful review and following Judge Grimm’s Victor Stanley checklist.  That did not happen in this case. 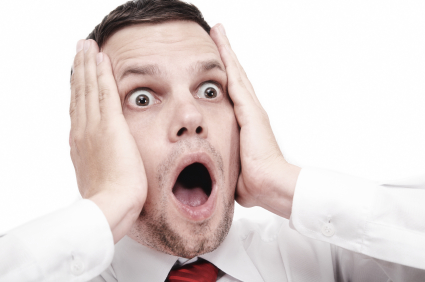 The Plaintiffs admitted that nearly 30% of their production was irrelevant.  In the words of the Court, the production included, “car and camera manuals, personal photographs, and other plainly irrelevant documents, including offensive materials.” Felman, at *4.

The Defendants hired a 30 person team to slog through reviewing the Plaintiffs’ production. Felman, at *5.

Clicking through 300,000 irrelevant files probably did not go over well in the accounts receivable meeting with the client.  In theory, if the 30 reviewers were each reviewing 480 records a day, thus a daily total of 14,000 a day, the review team could have spent 21.42 days reviewing all the car manuals and sometimes offensive material.

However, the Defendants’ possible discord and strife in their discovery review was rewarded with the pony they each wanted in early childhood: An email protected by the attorney-client privilege where the Plaintiff admitted 1) they did not have a sales contract regarding an issue in the case and 2) requested attorney advice on they needed to ask customers to backdate contracts for the Plaintiffs’ insurance claim.  Felman, at *4-5.

The Defendants filed counter-claims for fraud and breach of contract within a week of discovering the attorney-client email.  Felman, at *5-6. 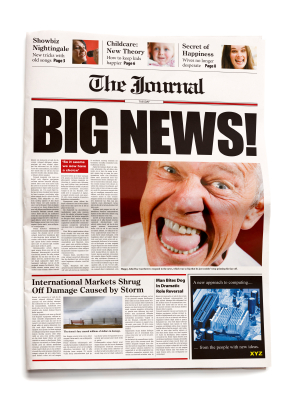 Issue:  Did the Plaintiffs waive the attorney-client privilege by failing to take reasonable precautions to prevent the inadvertent disclosure prior to production?

Answer: Yes, especially when the Court calls your production “ridiculous” because of the high number of irrelevant data and privileged files produced.

The Court explained that the large volume of irrelevant data and thousands of privileged files produced showed that the Plaintiffs review and production methodology was not reasonable (which are two factors of the Victory Stanley test).  Felman, at *10-11.

As the Court concluded:

Here, the number of inadvertently disclosed documents was enormous (approximately 30% of more than one million pages) and the number and extent of the attorney-client privileged communications disclosed was also very large (thousands of attorney-client protected communications were produced). These facts, standing alone, weigh heavily in favor of finding: (1) the precautions taken to avoid inadvertent disclosure were unreasonable, and (2) Felman’s attorney-client privilege was waived. Moreover, neither of the additional Victor Stanley factors — the delay, or lack thereof, in taking measures to rectify the disclosure or the overriding interests in justice — are to the contrary.

Parties cannot conduct sloppy review and then try to bomb the opposing side into submission with expensive discovery review costs.  Utilizing technology to defensibly collect relevant data, cull down for responsiveness and conduct meaningful privilege review is essential for effective discovery productions.  Moreover, revenge based productions where a party conducts a data dump on the opposing party may find themselves disclosing confidential information.  Worse, they will lose credibility with the Court by driving up discovery costs.

Magistrate Judge Facciola addressed Federal Rule of Evidence Rule 502(b) with the inadvertent disclosure of a memorandum protected by the work product doctrine, in a case involving an officer with the DC Department of Corrections.  Amobi v. D.C. Dep’t of Corr., 2009 U.S. Dist. LEXIS 114270, 20-21 (D.D.C. Dec. 8, 2009).  The issue was whether the privileged had been waived by the inadvertent disclosure.

The inadvertently disclosed document was prepared for an arbitration hearing.  Amobi, at *16.  The Court quickly found it was prepared for litigation and contained an attorney’s mental impressions. Amobi , at *16-17.

The three-part test for waiver under Federal Rule of Evidence 502(b) includes the following:

3)       Did the holder take promptly reasonable steps to rectify the error?

The Court followed the simple “inadvertent” test of whether the party “intended to produce a privileged document or if the production was a mistake.”  Amobi, at *20.  As one can imagine, the Defendants claimed the document was inadvertently produced. 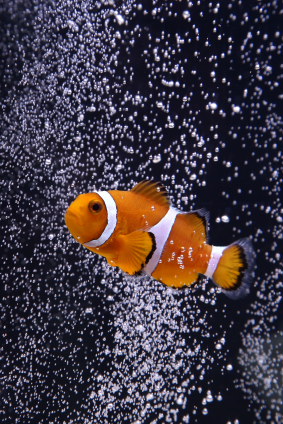 Judge Facciola pointedly stated the following on the Plaintiffs’ arguments:

…to find that a document disclosed by a lawyer is never inadvertent would vitiate the entire point of Rule 502(b). Concluding that a lawyer’s mistake never qualifies as inadvertent disclosure under Rule 502(b) would gut that rule like a fish. It would essentially reinstate the strict waiver rule in cases where lawyers reviewed documents, and it would create a perverse incentive not to have attorneys review documents for privilege. Amobi, at *23-24.

Judge Facciola noted that this was not an ESI case where it would have been appropriate to consider “the software that was used to discriminate between the privileged and the non-privileged” information.  Amobi, at *25.  This arguably would have put the party into a Victory Stanly type case, with search terms being evaluated, what quality assurance testing was done to ensure no privileged documents were produced, and other factors to evaluate if reasonable steps were taken to prevent disclosure. 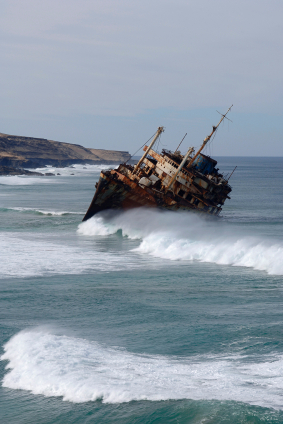 The Court summarized that the Defendants did not explain their methodology in conducting a privilege review.  Amobi, at *25.  Highlighting the situation that their ship was taking water fast, the Defendants did not state the number of documents they produced, which would have enabled the Court to “determine the magnitude of the error in producing this one document consisting of four pages.”  Amobi, at *25.

The Court’s displeasure with the Defendants’ privilege review is palpable throughout the opinion.   There is no real explanation of what review was conducted, other than a passive voice statement that “several” privilege review were conducted.  Amobi, at *25-26.  As the Court stated:

Indeed, one keeps searching for some statement somewhere in the defendants’ papers that speaks to what they did when they got the documents, how they segregated them so that the privileged documents were kept separate from the non-privileged, and how, despite the care they took, the privileged document was inadvertently produced. Amobi, at *25.

Hence, the efforts taken are not even described, and there is no indication of what specific efforts were taken to prevent disclosure, let alone any explanation of why these efforts were, all things considered, reasonable in the context of the demands made upon the defendants.  Amobi, at *26.

The Court bluntly stated, “There can be no reasonable efforts, unless there are efforts in the first place.”  Amobi, at *26.  The Court held the Defendants failed to prove the privilege was not waived, because there was no evidence of the Defendant taking any reasonable actions to prevent disclosure. Id.

Attorneys, paralegals and litigation support professionals are extremely well served by having a privilege review methodology that takes “reasonable steps to prevent disclosure of the privileged document.”  Fed. R. Evid. 502(b)(2).  This is easier said then done when the e-Discovery is in the TeraBytes.

Almost all litigation support products allow for issue tagging for privileges and export to Excel features for creating privilege or redaction logs.  Understanding how a firm’s litigation support software functions for production should be tested prior to any production to ensure known privileged ESI is not being inadvertently produced.  If something is inadvertently produced, these procedures most likely would need to be proven up over a battle whether the privileged was waived.