The duty to preserve is a tricky beast. Determining when a party “knew or should have known that litigation was imminent” is often a free fall into analyzing the facts of when a party had notice of a lawsuit. 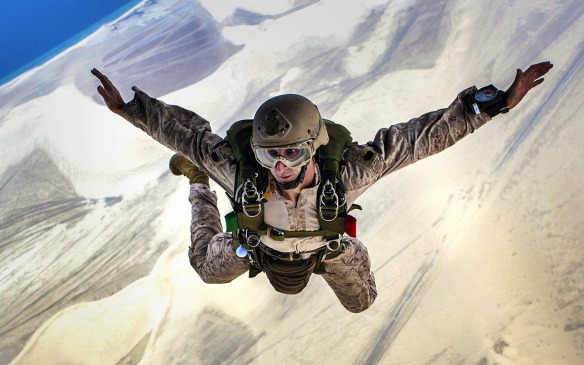 There are times when it is very obvious that a party should have ejected and pulled the ripcord on not destroying any evidenced. This is one of those times.

The Plaintiff in the case was injured in a skydiving accident. The Defendant sent the parachute in the accident from Oklahoma to England prior to the Plaintiff bringing her lawsuit and propounding discovery that sought the inspection of the parachute. Wethington v. Swainson (W.D.Okla. Dec. 23, 2015, No. CIV-14-899-D) 2015 U.S. Dist. LEXIS 171126, at *2.

The Plaintiff brought a motion seeking sanctions, ranging from default judgment to adverse inference instructions. However, this case did not have a crash landing for the Defendant. The Court noted that the Defendant was pro se and should have been aware of the relevance of the parachute. Wethington, at *4. That being said, the Court found that issuing nuclear sanctions were currently inappropriate, but would award the Plaintiff’s attorney fees incurred for the discovery motion. Wethington, at *5.

The triggering event for the duty to preserve electronically stored evidence is not always as clear as an accident. A retail store where someone has a slip and fall, or auto accident with a shipping service, are all clear lines in the sand to start preserving evidence. Threat of a lawsuit in business is another matter.

Consider situations where individuals who are producing a crowdfunded fan fiction movie are sued by the movie studio that owns the rights to the subject property. Was the triggering event when the first emails were sent discussing the production of the fan film? Was it when the producers first expressed concern they could be sued? Is there any event prior to the filing of a lawsuit that could have triggered the duty to preserve evidence?

The answer is “it depends” on the facts. Few cases are as clear-cut as a skydiving accident and require thoughtful analysis of when someone “knew or should have known that litigation was imminent.” The next steps of identifying the scope of preservation are also complicated, but necessary to ensure a party is reasonably meeting their duty to preserve relevant evidence.