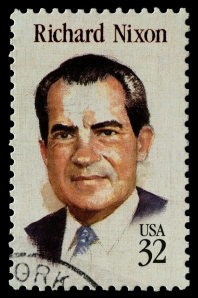 Fighting over discovery search methodology makes me think of President Richard Nixon’s resignation speech: “Always remember, there are those who hate you. And the only way to keep them from winning is to hate them right back. And then you destroy yourself.”

Attacking a party who used predictive coding to reduce discovery review time to save money and time, only to result in a larger collection of ESI produced upon the requesting party, means the requesting party now has more to review. This is the end result of Progressive Cas. Ins. Co. v. Delaney.

I have never been a fan of agreeing to the use of predictive coding in ESI Protocols. I do not believe such agreements are required at all by the Federal Rules of Civil Procedure. The issue is whether or not a production is adequate. That requires the requesting party offering evidence that the production is somehow delinquent with facts. That discussion does not happen without first having a production.

Parties do not have a veto power over which review application is used by a reviewing party and what features they may or may not use.  The requesting party should not attack a review methodology, unless there is a production to challenge. The entire discussion is premature and the issue is not ripe for the Court.

In the case at bar, the original dataset was narrowed by search terms to 565,000 “hits” from the original 1.8 million dataset. This search term methodology had been agreed to in an ESI Protocol by the parties. After one month of document review, the producing party realized that it could take 6 to 8 months to manually review the narrowed dataset for responsiveness or privilege. The party unilaterally decided to use predictive coding instead. Moreover, after telling the other side about their change in technology, motion practice followed. Progressive Cas. Ins. Co. v. Delaney, 2014 U.S. Dist. LEXIS 69166.

The Producing Party did not want to do either approach, specifically concerned that searching the entire dataset would result in a larger privilege review.

The Court noted what has been judge-made law on using technology assisted review: Courts require the producing party to provide the requesting party with “full disclosure about the technology used, the process, and the methodology, including the documents used to “train” the computer.” Progressive, at *27-28, citing Da Silva Moore 2012 U.S. Dist. LEXIS 23550 (S.D.N.Y. Feb. 24, 2012).

The Court ordered the producing party to follow the original agreed to protocol and produce the “hit” documents to the Requesting Party within fourteen days without further review. Progressive, at *30.

The Requesting Party could apply privilege filters before production and produce a privilege log. Id.

I do not encourage clients to have ESI Protocols that limit their ability to review discovery efficiently. I also strongly argue against the idea you need approval from the opposing party on what search methodology you can use to identify responsive discovery. It is the producing party’s right to use keywords, concept search, visual analytics, email threading, clustering, find similar, or any other form of technology-assisted review. That includes predictive coding. The requesting party does not get a veto power over what technology the producing party can use. The requesting party has “the burden of proving that a discovery response is inadequate.” Abt v. Jewell, 2014 U.S. Dist. LEXIS 50766, 12-14 (D.D.C. Apr. 11, 2014), citing Barnes v. D.C., 289 F.R.D. 1, 6 (D.D.C. 2012) and Equal Rights Ctr. v. Post Props., Inc., 246 F.R.D. 29, 32 (D.D.C. 2007).

The ugly wrinkle in this case is the search and production methodology mandated in the ESI Protocol agreed to by the parties. I strongly encourage parties to not agree to actual technological steps to be used, because it limits the ability to conduct discovery in a cost effective manner. These agreements are often enacted without the advice of an eDiscovery Consultant who knows how the actual technology works.

What parties should discuss and codify in an ESI Protocol is the subject matter of the lawsuit. Who are the key players? What are the relevant date ranges? What are the terms of art used by the parties? What is the data actually making up the case? Those, and many others, are the topics parties need to agree to, not whether you can use visual analytics to identify date ranges or data clustering to determine what was relevant.

The use of predictive coding has been twisted because lawyers think they need permission to use it. They do not. The burden is on the opposing side to prove a production was inadequate, not the fact the producing party used one form of technology-assisted review over another.

3 thoughts on “How Not to Be Progressive: Court Rejects Predictive Coding Not Agreed to By Parties”