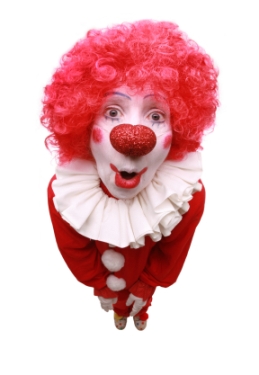 This case is my eDiscovery nightmare.

Worse than a clown with snakes.

The case involved numerous allegations of discovery wrongdoing against the Plaintiff.

The Defendants brought a motion for “discovery abuses intended to harass defendants, cause unnecessary delay, and needlessly increase the cost of litigation.”

The Defendants claimed they had spent $51,122 in legal fees and expenses related to the Plaintiffs’ “document dump.”

The litigation had the “traditional” eDiscovery dispute with the Plaintiffs not producing email ESI, because they had not accessed the information, and other significant production delays. As the rather hot bench explained:

Plaintiff’s delay in addressing the lack of access to these email servers is inexcusable. There is no more obvious and critical source of information in the 21st century than a company’s email accounts.  Plaintiff’s counsel’s failure to identify and produce this discovery in a timely fashion and in an acceptable form and manner while suggesting — if not misleading defendants — that it had identified responsive documents is sanctionable.

Things continued to be problematic for the Plaintiffs, who claimed ESI from laptops would be produced in what the Court described as “blithely” assertions that discovery would be produced “at a mutually convenient time.” In reality, the subject laptops had not been sent to the client (presumedly to for review, raising the issue why hadn’t the hard drives been imaged), until a new associate attorney found them. Branhaven, at *14. Their conduct ultimately resulted in sanctions in the form of fees and costs.

The Plaintiffs produced their ESI as PDF’s. The Defendants challenged the production, because the production was untimely and not in TIFF format with Bates Numbers on every page. Branhaven, at *14-15.

The nightmare of a TIFF over a PDF production with Bates Stamps included the Plaintiffs arguing that the discovery request did not request Bates Stamps; nor is it an express requirement in the Federal Rules of Civil Procedure, case law or the local discovery guidelines. Branhaven, at *16.

Moreover, the Protocol for Discovery of Electronically Stored Information (Local Rules of District of Maryland) which states that TIFF is the preferred format is only advisory. The Court called this a “weak defense.” Id.

The Court stated the following on the production:

Moreover, as defendants point out, Fed. R. Civ. P. 34(b)(2)(E)(ii) provides two options regarding the form in which a party may produce documents and plaintiff did not satisfy either. The July 20 production was not in a form “in which it is ordinarily maintained” or in “a reasonably usable form” — as Mr. McNeil showed (especially considering the lateness of the production with depositions looming in a few days). The Advisory Committee Notes to Rule 34 warn that: “[a] party that responds to a discovery request by simply producing electronically stored information in a form of its choice, without identifying that form in advance of the production in the response required by Rule 34(b) runs the risk that the requesting party can show that the produced form is not reasonably usable . . .” (emphasis added). That is precisely what happened here. Branhaven did not advise of the intended form of its production in its March response. Defendant was blindsided by the volume of the documents (since the prior productions consisted of 388 pages). Moreover, defendants had every reason to think that the documents would be completely Bates-stamped, as prior productions were and further defendants had no reason to think that this production would be so incredibly voluminous, as to require special arrangements and explicit agreement.

The crux of production issue was whether or not the PDF’s were in a reasonably useable form. The Court held they were not, because of the lack of Bates Numbers and the fact they were not in TIFF format. Branhaven, at *17. Additionally, because of the production, the Court awarded the Defendants “the reasonable litigation support costs involved in receiving and processing” the document production. Branhaven, at *19.

Why is this a case a nightmare for me? Because it applies a paper model of discovery to electronically stored information, requiring a conversion of ESI into a TIFF with Bates Stamps (a conversion which can triple processing costs with some service providers). What is even stranger about it is the form of production battle centered on PDFs vs TIFF, both of which are static images. One difference is a PDF can be either non-searchable (thus like a TIFF) or searchable (thus more like a native file).

Demanding electronically stored information be converted to a static image with Bates Numbers is right up there with demanding MP3s be reversed burned to 8 Track. A party should have a good reason to take a native file, that is fully searchable and strip its searchable features. This truly makes it like a piece of paper, rendering the review tools that can do everything from sorting data in chronological order to technology assisted review be useless. It is like trying to fuel a hybrid car with coal.

Moreover, claiming there is a functional difference between PDF vs TIFF as static images is like fighting over VHS vs Beta. The problem with such fights is we are in the 21st Century and not the 1970s. It is almost like arguing Beta is better than Video on Demand, because the issue is not the form, but whether you can analyze the content.

What drives these all too frequent fights? It is attorneys who want pieces of paper to have Bates Stamps. This worked up until the 1990s, but we now live in a world where the content on a smartphone can fill the first floor of a library. Data needs to be reviewed as data for there to be any chance to meaningfully understand its content. Moreover, as to the Bates Numbering to organize the ESI issue, native files can have a “control number” that is the functional equivalent of a Bates Number for management in a review platform. If there is still a concern about whether a file has been changed, parties can use MD5 hash values instead, to ensure the ESI has not been modified.

Finally, I believe forward thinking local rules are extremely helpful for litigants. However, as technology changes, these rules need to be updated to incorporate how computer-assisted review can cut costs, advances in processing or even the cost-effectiveness of remote depositions. What was forward thinking in 2006 can be outdated in 2013.

In the end, converting standard ESI like email to TIFFs to brand Bates Numbers should give lawyers nightmares of high processing costs, slow manual review and unhappy clients. It should only be done when the native file itself is not in a reasonably useable form, thus the static image is the only reasonably useable form.