When it comes to native files with associated metadata, there is no substitute. 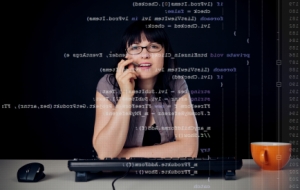 In a motion battle over a stipulation on the form of production, the Plaintiff stated that ESI should be produced in native file format with associated metadata.  In the event ESI needed to be redacted or was not available, it could be produced as a static image with a searchable text file and specific metadata.  In re Porsche Cars N. Am., Inc. Plastic Coolant Tubes Prods. Liab. Litig., 2012 U.S. Dist. LEXIS 7999, 10 (S.D. Ohio Jan. 24, 2012).

The Plaintiff went so far as to define “metadata” as follows:

‘Metadata’ means: (i) information embedded in or associated with a native file that is not ordinarily viewable or printable from the application that generated, edited, or modified such native file which describes the characteristics, origins, usage, and/or validity of the electronic file; and/or (ii) information generated automatically by the operation of a computer or other information technology system when a native file is created, modified, transmitted, deleted, or otherwise manipulated by a user of such system.

The Producing Party attempt to throw spikes onto the discovery Autobahn, stating they would only produce native files with metadata only after the Plaintiffs demonstrated a particularized need for the native files. In re Porsche Cars, at *11.

The Producing Party argued that producing in native file format invited “control risks” and could not be Bates numbered.  In re Porsche Cars, at *11-12.

The Producing Party argued that the Plaintiffs had failed to show how the requested metadata was relevant to the lawsuit. In turn, the Plaintiff argued “metadata already exists in each document such that they are merely requesting one form of production (in which the metadata is visible) as opposed to another (in which the metadata is not visible).”  In re Porsche Cars, at *12.

There was nothing in the stipulation that would deprive the Producing Party the right to object to specific discovery requests. Id. 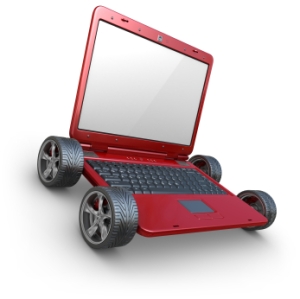 Under Rule 34(b)(2)(D), the producing party can object to the form of production, triggering a meet and confer between the parties to resolve the production dispute. In re Porsche Cars, at *13, citing Fed. R. Civ. P. 34(b) advisory committee’s note, 2006 amendment.

Case law has held that the objecting party must demonstrate any undue burden in producing electronically stored information.  In re Porsche Cars, at *13.

The Court distinguished the Defendants’ opposition cases to producing metadata on the grounds the cases involved native file/metadata production requests where the producing party had already produced files in a different format.  In re Porsche Cars, at *13-14.

In the current case, no production had taken place yet, as the dispute was over a production stipulation.  As stated in Aguilar, “[c]ourts have generally ordered the production of metadata when it is sought in the initial document request and the producing party has not yet produced the documents in any form.” In re Porsche Cars, at *14, citing Aguilar, 255 F.R.D. at 352.

The Court held the following:

Here, Plaintiffs have specified a production format pursuant to Rule 34(b)(1)(C) well in advance of any production. The Court finds no requirement that Plaintiffs specify a form of production pursuant to Rule 34(b)(1)(C) and simultaneously demonstrate why this form is relevant to each of their requests. Once Plaintiffs request native format/metadata at the outset, the burden would shift to PCNA to object to this form as unduly burdensome. At that point the parties would discuss the need for the requested format and negotiate accordingly. Thus, the Court will grant Plaintiffs’ request for native format with metadata absent a showing by PCNA that such a production would be unduly burdensome.

Arguing that native files would be difficult to control without Bates numbering in a production is problematic at best. Native files collected in a defensible manner have a control number with the MD5 Hash value. Using the MD5 Hash is one way the files can be managed, but the machine language of a random 32 alphanumeric is not really “human friendly” for review.  However, there can be a “human friendly” control number with the same numbering methodology of Bates numbers created during data processing for the discovery platform the production will ultimately be reviewed in by the requesting attorneys.

In the event of any claims of spoliation, forensic analysis would show that the file type has been changes. As for the control number, parties must learn to let go of the idea that ESI is like paper that must be physically branded with a number for document review. The fact a “control number” or “Document Id” appears in a database with the corresponding file should not be treated any differently than a paper document with a Bates number on it for document review.

3 thoughts on “All You Need is Metadata”