A Defendant in a gang related murder and assault case sought to introduce evidence of the victim’s sister’s MySpace page to show the victim’s violent nature toward a rival gang; a propensity for violence; and that the victim started the fight that ended in his death.  People v. Williams, 2010 Cal. App. Unpub. LEXIS 1251, at *23 (Cal. App. 2d Dist. Feb. 23, 2010).

The Court excluded the MySpace profile as evidence.

The victims were brother and sister.  The brother was killed in a gun fight with the Defendants.

The sister’s Myspace profile contained a series of photos (or video, the opinion is not clear) of the siblings dressed as rival gang members.  The MySpace evidence depicted the brother pretending to punch the sister and her falling to the ground.  Williams, at *23.

One of the Defendants tried to use the video to show the victim was violent toward members of the rival gang.  Williams, at *23.  The State objected to the video evidence on both foundational and relevancy grounds.  Id.

The victim’s sister testified on cross-examination that the MySpace profile only contained “a picture of me and my brother, not us taking it as being a gang picture.” Williams, at *23-24.

The Trial Court excluded the MySpace evidence pursuant to California Rule of Evidence Code section 352 (The court in its discretion may exclude evidence if its probative value is substantially outweighed by the probability that its admission will (a) necessitate undue consumption of time or (b) create substantial danger of undue prejudice, of confusing the issues, or of misleading the jury, Cal Evid Code § 352 (2010)).  Williams, at *24.

“[T]his is playacting. It is no different than Marlon Brando shooting the Godfather or something. Would that show a propensity to commit violence? No. So I am not going to allow it. I think it is irrelevant.”

The Defendant claimed the exclusion of the MySpace evidence violated his Federal Due Process rights.  Williams, at *24.

The Court of Appeals held that the Trial Court did not abuse its discretion or violate any Constitutional rights in excluding the MySpace evidence.  Williams, at *25.

The Court of Appeals explained the videotape would have been repetitive of testimony and other evidence.  Williams, at *25.  As such, excluding the MySpace evidence of the victim playacting did not violate the Defendant’s Constitutional rights.  Id. 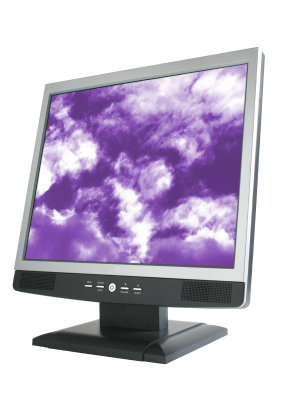 This unreported opinion leaves interesting web-collection questions that are not explored or fully explained in the decision.  While the Prosecutor did question foundational issues in the “videotape” of the MySpace profile, the exact collection methodology is not described.

It is possible the Defendant actually used a video camera to record someone examining the profile.  It is also highly possible a screen capture tool was used to record the MySpace profile.  This would make sense if there was an embedded video on the profile, thus creating a video exhibit.  The resulting video capture might have then simply been called a “videotape” by the Court, instead of a MPEG file or other digital video file format.

Conversely, a party cannot simply mine social networking profiles in the hopes of making an opposing party look bad.   Evidence must to be relevant to be admissible.