In re NetBank, Inc., 2009 U.S. Dist. LEXIS 69031 (N.D. Ga. Aug. 7, 2009) has form of production arguments that illustrate the need to understand the processing abilities of electronically stored information applications and review in litigation support software.

The Request for Production

In this class certification case, the Plaintiff sought production of electronically stored information in native format.  In re NetBank, Inc.,71-72.

The Defendants refused, claiming the Federal Rules of Civil Procedure only require production in a reasonably useable form.  Thus, the Defendants were going to produce ESI as TIFFs with searchable OCR (Note, not extracted text, but optical character recognition, which is a process applied to the TIFF images to create searchable text, opposed to using the already searchable extracted metadata from ESI processing).  In re NetBank, Inc.,71.

The Plaintiff argued against a TIFF production of the ESI, claiming that the reduced search features would cause an “inability” to:

(1) Determine the identity of the author and editors of the documents;

(2) Determine the creation and modification dates of the documents;

(3) Determine whether the documents have attachments; and

The Defendant (Producing Party) argued they were only required to produce ESI in a reasonably useable form, not the form specified by the Plaintiff (Requesting Party).  In re NetBank, Inc.,72.

The Producing Party’s arguments took a turn for the bizarre, stating native file review “allows the alteration of documents produced and creates difficulties in authenticating and tracking documents produced.”  In re NetBank, Inc.,72.

This argument ignores all the products on the market that allow for reviewing native files, defensible collection practices, MD5 Hash Values for authentication, maintaining an authenticating file of the native files, or simply checking metadata for spoliation.

The Defendants next argued that the production needed to be in TIFF format, because native files cannot be “Bates” labeled for pagination and that “[a]nother potential drawback with native format production is that one or more of the parties may lack access to the software program or application required to read the native file.”   In re NetBank, Inc.,72.

The Defendants’ final proposal was to perform optical character recognition on 16,483 of the 17,958 documents, plus produce spreadsheets as native files.  In re NetBank, Inc., 72-73.

There is one giant problem with this logic: Native files are already searchable.  In the processing of ESI, the searchable text can be extracted, such as metadata fields for “To,” “Subject,” “Date Sent” and the body of an email.  There is no need for a producing party to perform OCR on TIFFs if they have the original native files, because the searchable text can be extracted in processing.

Federal Rule of Civil Procedure 34(b)(1)(C) allows a requesting party to “specify the form or forms in which electronically stored information is to be produced.” In re NetBank, Inc., 73, citing Rule 34. If there is a dispute and a motion to compel, a Court is not limited to ordering the form of production the requesting party stated to resolve the dispute.  In re NetBank, Inc., 73-74. 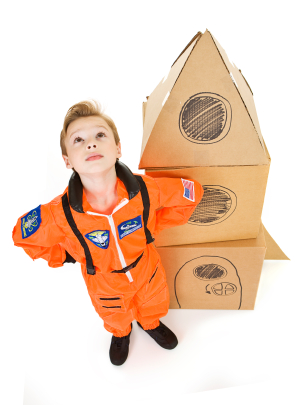 The Court stated that all of the “problems” the Producing Party argued were all hypothetical, not actual problems the parties were litigating.  In re NetBank, Inc.,74.

There was no evidence that the Plaintiff were altering native files or that both parties lacked the software to review native files.  In re NetBank, Inc.,74.  Moreover, if native files were going to be trial exhibits, the Court was “confident that the precision of record citations can be appropriately dealt with…”  Id.

On the other hand, the Requesting Party was able to show the increased difficulty of reviewing native files as TIFFs. The elimination the searchable fields made “review and analysis much more difficult and expensive,” and likewise “conceals (by omission) any metadata known to the Defendants.” In re NetBank, Inc.,74.

The Court ordered the production of native files, because the Producing Party gave “no good reason why they should not produce…in native format.”  In re NetBank, Inc., 74-75.

This case is either an example of a party either not understanding electronically stored information or just engaging in gamesmanship to obstruct their opponents in discovery.

A party can produce ESI as TIFFs (or PDF’s) and make use of processing software to extract metadata to produce searchable text.  However, parties may not exchange in “data dumps” on an opposing party to frustrate and drive up the costs of document review.