Inspection or testing of certain types of electronically stored information or of a responding party’s electronic information system may raise issues of confidentiality or privacy. The addition of testing and sampling to Rule 34(a) with regard to documents and electronically stored information is not meant to create a routine right of direct access to a party’s electronic information system, although such access might be justified in some circumstances. Courts should guard against undue intrusiveness resulting from inspecting or testing such systems.  White v. Graceland College Ctr. for Prof’l Dev. & Lifelong Learning, 2009 U.S. Dist. LEXIS 22068, 22 (D. Kan. Mar. 18, 2009). 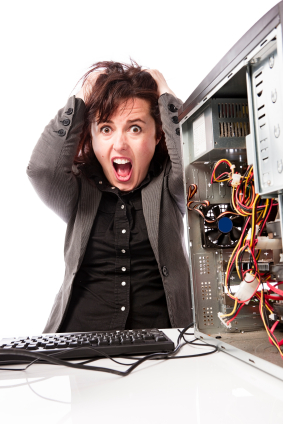 The imagining of a hard drive has many privacy concerns, covering everything from tax information, credit card numbers and potentially numerous irreverent data. Several judges have told me they want to see a strong showing to justify imaging a hard drive because of these concerns.

There is a growing body of case law over the last three years on the imaging of hard drives.  Magistrate Judge David Waxse summarized many of these issues in White v. Graceland College Ctr. for Prof’l Dev. & Lifelong Learning, 2009 U.S. Dist. LEXIS 22068 (D. Kan. Mar. 18, 2009).

White v. Graceland College Ctr. for Prof’l Dev. & Lifelong Learning, is a Family Medical Leave Act case where the plaintiff sought reproduction of PSTs and the mirror image of hard drives because of discrepancies around the creation date of three email messages and attachments from the Plaintiff’s supervisors.  The hard drives at issue potentially had data protected by both the attorney client privilege and Health Information Portability and Accountability Act (HIPPA).  White, 20.

Magistrate Judge Waxse noted that Courts now consider imaging a hard drive to be neither routine nor extraordinary.  White, 23-24.  Situations where imaging a hard drive was proper include cases involving trade secrets; discovery production of electronically stored information containing discrepancies/inconsistencies; or where a party failed to produce relevant ESI.  White, 23-24.

Judge Waxse found that the Plaintiff demonstrated sufficient circumstances to allow some sort of direct access to the computer hard drives regarding the creation date two of the email messages with attachments.  White, 25-26.  Moreover, the Defendants were not able to explain the inconsistencies.    As such, the Plaintiff’s expert needed more information to examine the attachments’ date creation and modification.

However, the Court did NOT order the mirror image of the two hard drives, because the Court could not determine on the evidence presented whether the hard drives contained the sought after information.  White, 27-28.  Judge Waxse instead ordered the lawyers and computer experts to meet and confer over the email attachment with the data inconsistencies.  Id. The parties were to set up a protocol for the Plaintiff’s expert to inspect the hard drives or computer systems containing the sought after information. Id. Additionally, the inspection protocol needed to preserve claims of attorney-client privilege and protect the confidentiality of non-relevant personal information located on the hard drives. White, 28.

Imaging hard drive cases will continue will into the future.  The advances in the technology for imaging a hard drive might be cheaper to perform and with greater speed. However, issues of privacy, privilege and judges guarding against intrusive requests will keep generating case law.

2 thoughts on “The Express Way to Your Hard Drive”